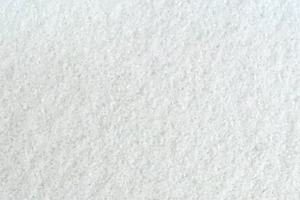 PVA is unique among polymers (chemical compounds made up of large, multiple-unit molecules) in that it is not built up in polymerization reactions from single-unit precursor molecules known as monomers. Instead, PVA is made by dissolving another polymer, polyvinyl acetate (PVAc), in an alcohol such as methanol and treating it with an alkaline catalyst such as sodium hydroxide. The resulting hydrolysis, or “alcoholysis,” reaction removes the acetate groups from the PVAc molecules without disrupting their long-chain structure. The chemical structure of the resulting vinyl alcohol repeating units is:

PVA is used in sizing agents that give greater strength to textile yarns and make paper more resistant to oils and greases. It is also employed as a component of adhesives and emulsifiers, as a water-soluble protective film, and as a starting material for the preparation of other resins. By reaction with butyraldehyde (CH3CH2CH2CHO) and formaldehyde (CH2O), PVA can be made into the resins polyvinyl butyral (PVB) and polyvinyl formal (PVF). PVB, a tough, clear, adhesive, and water-resistant plastic film, is widely used in laminated safety glass, primarily for automobiles. PVF is used in wire insulation.